A Conversation with Lucy Aharish: A Journey of a Muslim Woman to the Heart of the Israeli Prime Time 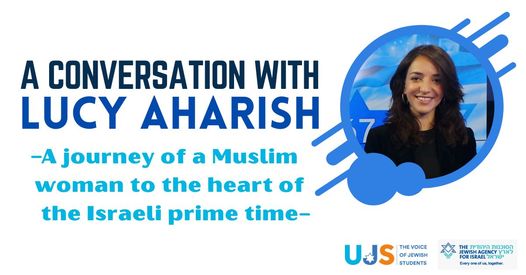 The Union of Jewish Students and the Jewish Agency for Israel are delighted to host a Q&A session with Lucy Aharish, the first Muslim Arab news presenter on mainstream Hebrew-language Israeli television.

Join us on on Zoom on Thursday, February 11th, at 19:00 for a fascinating conversation with Lucy, interviewed by Joel Rosen and Sabrina Miller!

Lucy Aharish is an Israeli news presenter, journalist, and television host. She used to be the lead anchor woman of the evening edition on i24news, Israel’s 24-hour cable news network which is receivable on livestream, cable TV, and via satellite around the world. Born in 1981 in Dimona, Israel, Aharish was the only Arab Muslim student at her school.

In the summer of 1987, a few months before she turned six years old, she was slightly injured when a Molotov cocktail was thrown at her family’s car by Palestinian militants while driving in the Gaza Strip.

Aharish is a graduate of the Hebrew University, where she studied political science and theatre, and the Koteret School in Tel Aviv, completing her degree in journalism and a six-month internship in Germany. Upon her return, Aharish became the first Arab to present the news on prime time television in Israel. She is well-known for promoting pluralism and interdenominational openness in Israel’s public agenda.

In 2015, she was awarded one of Israel’s highest honors and was selected to light a torch at the national Independence Day ceremony on Mount Herzl, the theme of which was “groundbreaking Israelis.” She also received the OMETZ (courage) award in October 2015 for her fight against racism in Israeli society. 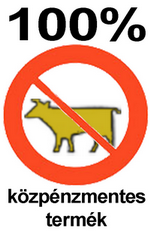